Field Trip 02: Fynbos Restoration –showcasing what has been achieved on the lowlands of the South-Western Cape. 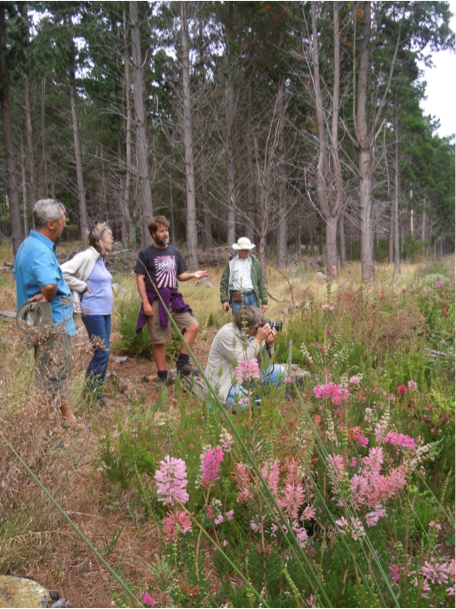 Many of the Cape’s ecosystems and vegetation types are threatened with extinction due to a multitude of impacts. The biggest contributors are direct habitat loss, followed by invasive alien plants. Some vegetation types and the endemic plants they contain are critically endangered with remaining intact habitat far less than that required to achieve minimum conservation targets. Therefore, it is vital to restore populations of threatened species and habitat that can support them. Since many fynbos plant species are sensitive to micro-climatic conditions, it can be complicated to determine the correct niche in which to restore species, or to determine appropriate restoration goals in a given site. A flagship example is Erica verticillata, which was restored to three sites after being declared extinct in the wild for over 50 years.

This field trip will showcase a couple of different restoration sites across the Cape Flats within the City of Cape Town, where pioneering restoration work has taken place during the last few decades. This work was made possible through collaborations between numerous individuals from disciplines spanning different organizations and partnerships between botanical research, nature conservation and horticulture. This fieldtrip pays tribute to some of these pioneering individuals, including the late Anthony Hitchcock who was deeply involved in many of the sites and species included in this fieldtrip, especially Erica verticillata.

I am a botanist specialized in restoration ecology, having completed a PhD in Conservation Ecology at Stellenbosch University focusing on restoration of Cape Flats Sand Fynbos using a combination of burning and sowing treatments. I have always been interested in trying to grow unusual and locally endemic plant species, and had been following progress on a number of restoration projects within the city of Cape Town prior to this study. I also worked at Stellenbosch University Botanical Garden after completing my studies. During this time I sought to develop collaborations between the botanical garden (ex-situ conservation though garden collections) and local conservation initiatives facilitating in-situ conservation, and believe these kinds of collaborations are integral to achieving success in threatened species and ecosystem restoration.