REPLAYS OF RECORDED PROCEEDINGS UNDER "PROGRAMME AND REPLAYS"

A virtual Fynbos Forum conference with a difference!

Join like-minded people in the virtual lounge, sit back and enjoy the virtual field trips and get updates from various experts on the latest research, management and policy issues in the fynbos biome.

In times like these, we believe that it is important to stay connected, even when we can’t be together.
By making Fynbos Forum 2020 a Virtual Event we ensure that this will be achieved

We are inviting the entire Fynbos Community to attend
the Fynbos Forum 2020 Virtual Event.
Learn about what professionals & students in the Fynbos community have to say

Fynbos Forum is committed to providing the
information that you require to expand your existing knowledge of Fynbos research, management & policy 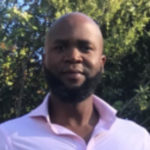 Bongani Mnisi has over 17 years and 12 years of experience in biodiversity and water resources management, respectively. He is a Head: Nature Conservation in the Biodiversity Management of the City of Cape Town where he manages a part of the City’s Biodiversity Network including Tygerberg, Blaauwberg, Witzands Aquifer, Table Bay, Bracken, Durbanville, Botterblom, Bothasig Nature Reserves and various other sites. Mnisi is also appointed by the National Minister of Human Settlement and Water & Sanitation where he serves as a Board Chairperson of the Breede-Gouritz Catchment Management Agency (BGCMA). In the BGCMA board, he also serves in the Human Resources and Remuneration Committee. He serves as a Board of Trustees and Deputy Chairperson of the Table Mountain Fund as well as their Conservation Committee. He also serves as a Council Member and Deputy Chairperson of the Botanical Society of South Africa (BotSoc). In 2019 Mnisi was nominated by the City of Cape Town to represent it in the Strong Cities Network Launched in September 2018, and facilitated by the Konrad-Adenauer-Stiftung (KAS), the Strong Cities 2030 network (SC2030) is focused on collaborating with cities to work towards achieving the United Nations’ (UN) Sustainable Development Goals (SDGs) by 2030, with a particular focus on SDG 11 as it relates to urbanisation and urban sustainability.
Mnisi holds an MSc degree in Botany and an Honours degree in Sustainable Development Planning and Management from the University of Stellenbosch. He also holds a BTech degree in Nature Conservation from the CPUT. He completed various certificates in Community-based Natural Resource Management (CBNRM), Conservation Stewardship and Extension and Project Management from Rhodes University, Nelson Mandela Metropolitan University and CPUT, respectively. Mnisi is a trained and qualified Executive Coach from the Stellenbosch of University’ Business School.  He presented and served on Panel of experts on Biodiversity and Climate Change at two international conferences both held in the United States of America, California, Los Angeles in 2012 and Long Beach in 2016. Mnisi has a passion for nature and people.
Read more 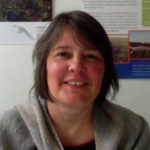 Cornelia Krug is science policy liaison for the University of Zurich Research Priority Programme “Global Change and Biodiversity” and Executive Officer for the bioDISCOVERY Global Research Programme of Future Earth. She holds a PhD in Zoology, and a MSc in Zoology/Animal Ecology, and has researched the impacts of land use management on animal and plant communities. Between 1995 and 2010, Cornelia was working as a researcher in Namibia and South Africa, first at Gobabeb Training and Research Centre, then at Stellenbosch University and the University of Cape Town. From 2010 to 2016, she was Science Officer for the bioDISCOVERY core project of DIVERSITAS, based at Université Paris-Sud in Orsay, France. Here, her main interest was focussed on how biodiversity changes under environmental change, and which implication this has for community composition, ecosystem structure and ecosystem functions. In her role as science officer, she coordinated various activities centred around improving predictions of biodiversity change, and coordinates and contributes to scenarios assessment for the Global Biodiversity Outlook 4. Since 2017, Cornelia is based at the University of Zurich’s Department of Geography. 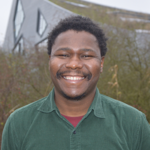 Talk Title: Collaborating in social-ecological systems research: lessons from PECS and beyond

am a researcher at the Centre for Complex Systems in Transition (CST) at Stellenbosch University and director of the Programme on Ecosystem Change and Society (PECS). The key themes of my research include social-ecological systems, complexity, ecosystem services, and sustainable development.  More recently, I am also exploring the concept of sustainable food pathways and also how cross scale dynamics (e.g. through trade, and other international flows) affect social and environmental outcomes of particular places – using the concept of telecoupling. I have a background in Agricultural Economics (BSc, University of Limpopo), Environmental Economics (MSc, Wageningen University) and Conservation Ecology (PhD, Stellenbosch University). I am a fellow of IPBES and a member of the Balaton Group.
Read more 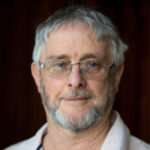 Le Maitre has more than 30 years of research experience in the ecology of Cape fynbos vegetation, as well as fire ecology and management .He has just been appointed as an Extraordinary Professor at Conservation Ecology and Entomology at SU. His work focuses on assessing the hydrological and ecological impacts of invading alien plants and in the dynamics of invasion processes. His area of interests lies in the impacts of invasions on river and wetland systems and the ecosystems services they generate, including river assimilatory capacity; and developing diagnostic tools to assess the impacts of land-use and land management practices on water quality regulation based on the landscape features and water flows. While he focuses on management and policy, he recognises that his work addresses social-ecological systems and that the solutions to many of the environmental challenges lie in the social and economic domains rather than the ecological. Le Maitre is a research associate at the Centre for Invasion Biology, Stellenbosch University, and an associate professor extraordinary at the School of Public Management and Planning, at the same university. Le Maitre holds a PhD in plant ecology, specialising in invasion ecology and hydrology from the University of Cape Town. Expertise: Invasion ecology; Hydrology; Fire ecologist. 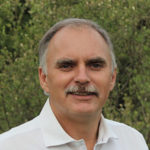 Talk Title: When systems are broken, restoration becomes the narrative.

James Blignaut is an environmental resource economist attached to the School of Public Leadership, Stellenbosch University as well as SAEON and ASSET Research with more than 120 peer reviewed papers.  He focusses his research on the economics of restoration, and the restoration of economics with the focus on healing the land and its people.  As a result he has conducted numerous studies on the benefits and costs of restoration both locally as well as internationally.  Lately his focus is on advancing regeneration within agricultural landscapes, and with it the nurturing of a restoration narrative – he is also co-responsible for https://www.restore-africa.com/,  http://restory.co.za/, http://healtheland.co.za/, and http://www.integrafood.co.za